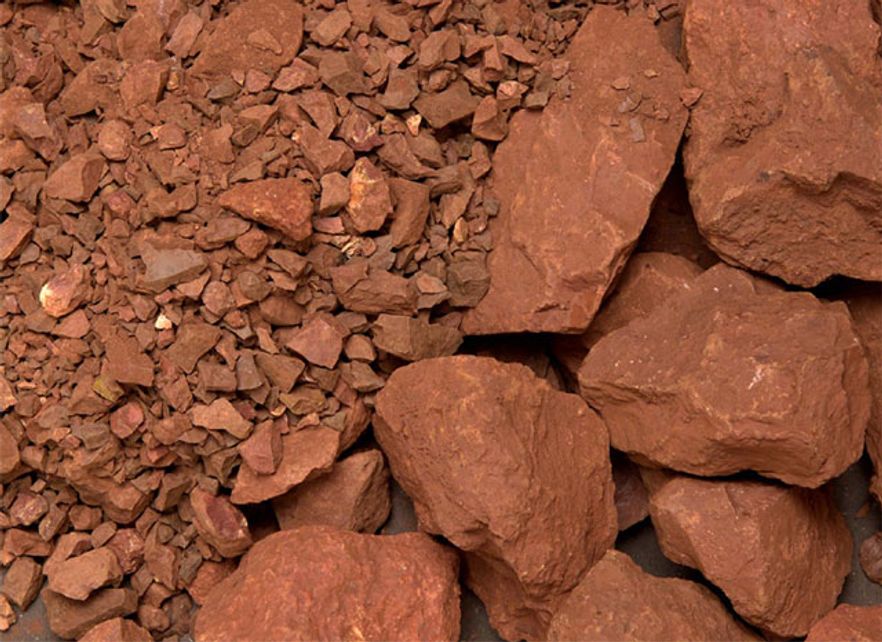 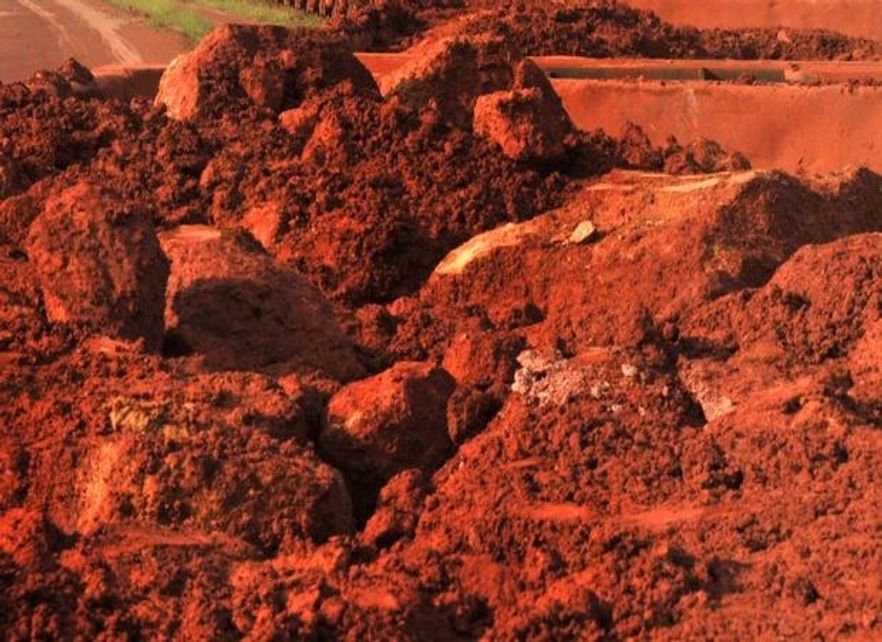 Bauxite is usually strip mined because it is almost always found near the surface of the terrain, with little or no overburden. As of 2010, approximately 70% to 80% of the world’s dry bauxite production is processed first into alumina and then into aluminium by electrolysis.[8] Bauxite rocks are typically classified according to their intended commercial application: metallurgical, abrasive, cement, chemical, and refractory.

Usually, bauxite ore is heated in a pressure vessel along with a sodium hydroxide solution at a temperature of 150 to 200 °C (300 to 390 °F). At these temperatures, the aluminium is dissolved as sodium aluminate (the Bayer process). The aluminium compounds in the bauxite may be present as gibbsite(Al(OH)3), boehmite(AlOOH) or diaspore(AlOOH); the different forms of the aluminium component will dictate the extraction conditions. The undissolved waste, bauxite tailings, after the aluminium compounds are extracted contains iron oxides, silica, calcia, titania and some un-reacted alumina. After separation of the residue by filtering, pure gibbsite is precipitated when the liquid is cooled, and then seeded with fine-grained aluminium hydroxide. The gibbsite is usually converted into aluminium oxide, Al2O3, by heating in rotary kilns or fluid flash calciners to a temperature in excess of 1,000 °C (1,830 °F). This aluminium oxide is dissolved at a temperature of about 960 °C (1,760 °F) in molten cryolite. Next, this molten substance can yield metallic aluminium by passing an electric current through it in the process of electrolysis, which is called the Hall–Héroult process, named after its American and French discoverers.

Prior to the invention of this process, and prior to the Deville process, aluminium ore was refined by heating ore along with elemental sodium or potassium in a vacuum. The method was complicated and consumed materials that were themselves expensive at that time.