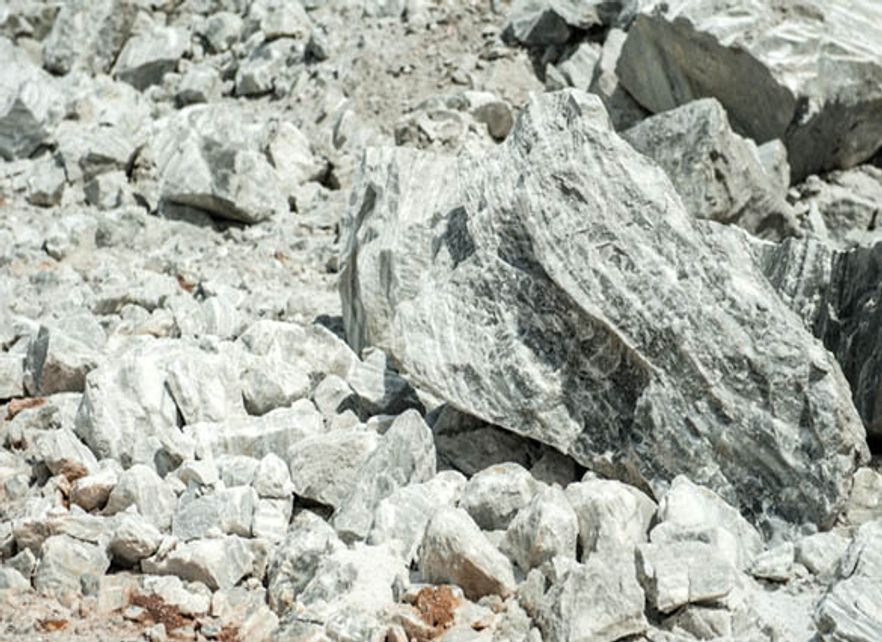 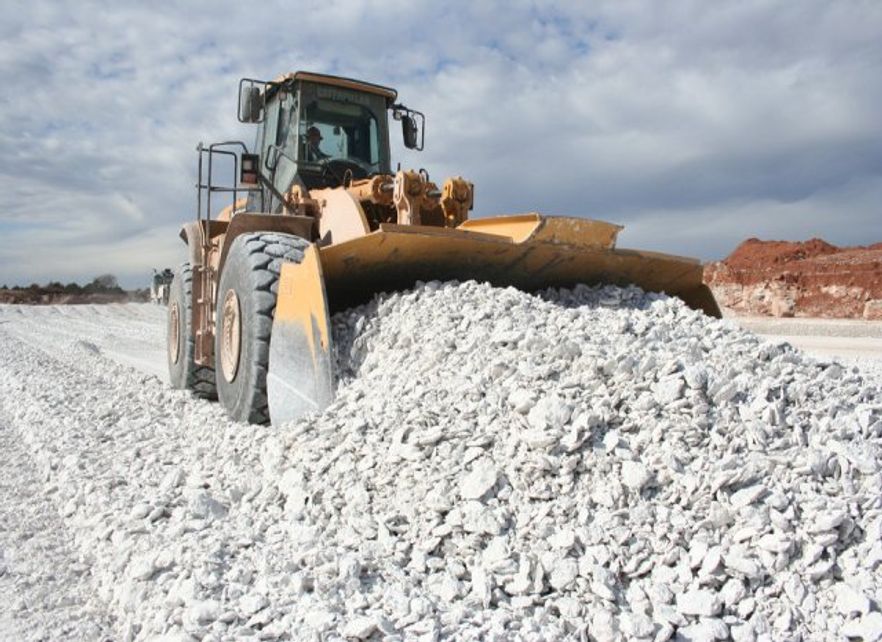 Gypsum is a soft sulfate mineral composed of calcium sulfate dihydrate, with the chemical formula CaSO4·2H2O. It is widely mined and is used as a fertilizer and as the main constituent in many forms of plaster, blackboard/sidewalk chalk, and drywall. A massive fine-grained white or lightly tinted variety of gypsum, called alabaster, has been used for sculpture by many cultures including Ancient Egypt, Mesopotamia, Ancient Rome, the Byzantine Empire, and the Nottingham alabasters of Medieval England. Gypsum also crystallizes as translucent crystals of selenite. It forms as an evaporite mineral and as a hydration product of anhydrite.
The Mohs scale of mineral hardness defines gypsum as hardness value 2 based on scratch hardness comparison.
The word gypsum is derived from the Greek word γύψος (gypsos), “plaster”.Because the quarries of the Montmartre district of Paris have long furnished burnt gypsum (calcined gypsum) used for various purposes, this dehydrated gypsum became known as plaster of Paris. Upon adding water, after a few tens of minutes, plaster of Paris becomes regular gypsum (dihydrate) again, causing the material to harden or “set” in ways that are useful for casting and construction.

Gypsum was known in Old English as spærstān, “spear stone”, referring to its crystalline projections. (Thus, the word spar in mineralogy is by way of comparison to gypsum, referring to any non-ore mineral or crystal that forms in spearlike projections). In the mid-18th century, the German clergyman and agriculturalist Johann Friderich Mayer investigated and publicized gypsum’s use as a fertilizer.Gypsum may act as a source of sulfur for plant growth, and in the early 19th century, it was regarded as an almost miraculous fertilizer. American farmers were so anxious to acquire it that a lively smuggling trade with Nova Scotia evolved, resulting in the so-called “Plaster War” of 1820.In the 19th century, it was also known as lime sulfate or sulfate of lime.