Limestone is composed mostly of the minerals calcite and aragonite, which are different crystal forms of calcium carbonate (CaCO3). 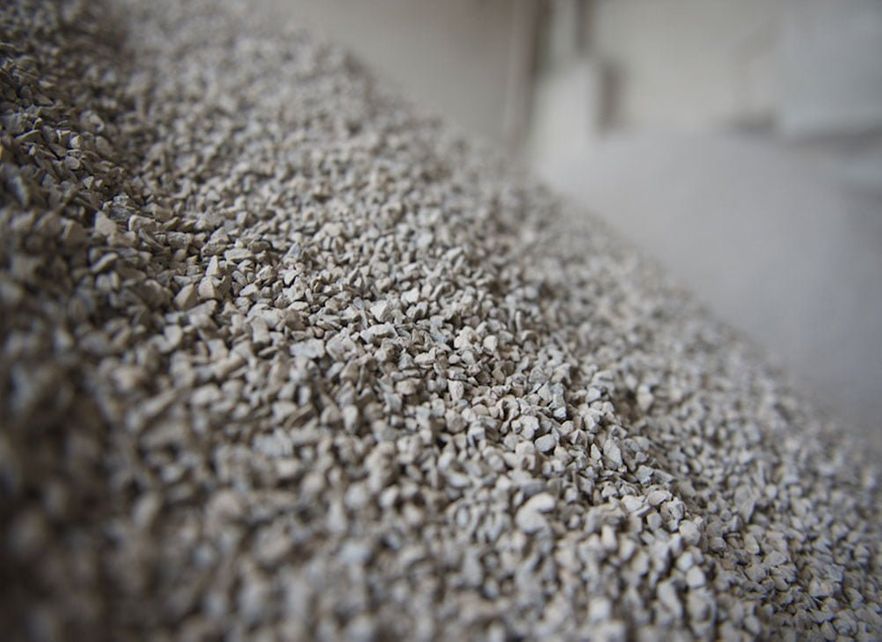 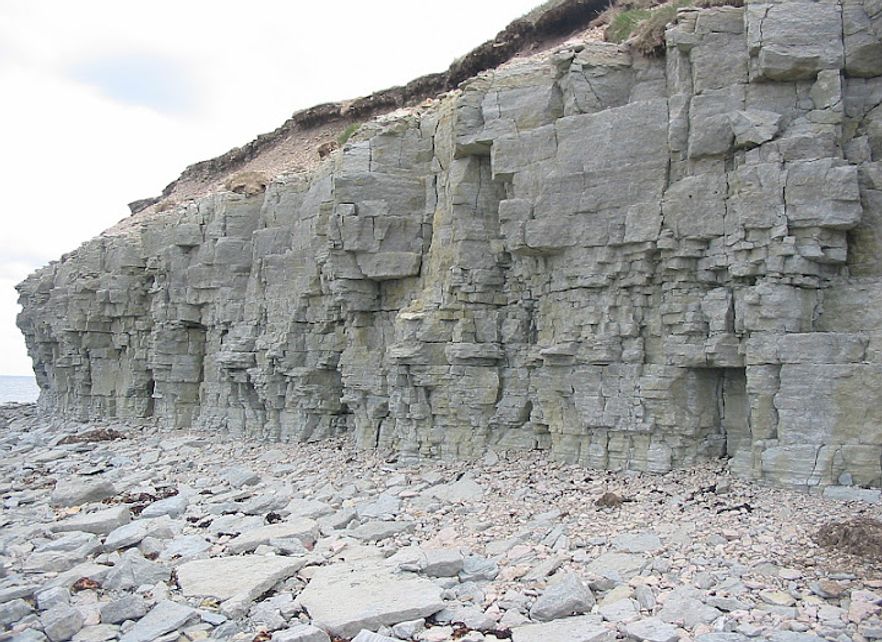 Limestone is composed mostly of the minerals calcite and aragonite, which are different crystal forms of calcium carbonate (CaCO3). Dolomite, CaMg(CO3)2, is an uncommon mineral in limestone, and siderite or other carbonate minerals are rare. However, the calcite in limestone often contains a few percent of magnesium. Calcite in limestone is divided into low-magnesium and high-magnesium calcite, with the dividing line placed at a composition of 4% magnesium. High-magnesium calcite retains the calcite mineral structure, which is distinct from dolomite. Aragonite does not usually contain significant magnesium.Most limestone is otherwise chemically fairly pure, with clastic sediments (mainly fine-grained quartz and clay minerals) making up less than 5% to 10% of the composition. Organic matter typically makes up around 0.2% of a limestone and rarely exceeds 1%.

Limestone often contains variable amounts of silica in the form of chert or siliceous skeletal fragments (such as sponge spicules, diatoms, or radiolarians).Fossils are also common in limestone.

Limestone is commonly white to gray in color. Limestone that is unusually rich in organic matter can be almost black in color, while traces of iron or manganese can give limestone an off-white to yellow to red color. The density of limestone depends on its porosity, which varies from 0.1% for the densest limestone to 40% for chalk. The density correspondingly ranges from 1.5 to 2.7 g/cm3. Although relatively soft, with a Mohs hardness of 2 to 4, dense limestone can have a crushing strength of up to 180 MPa.For comparison, concrete typically has a crushing strength of about 40 MPa.

Although limestones show little variability in mineral composition, they show great diversity in texture.However, most limestone consists of sand-sized grains in a carbonate mud matrix. Because limestones are often of biological origin and are usually composed of sediment that is deposited close to where it formed, classification of limestone is usually based on its grain type and mud content.