The mineral olivine (/ˈɒl.ɪˌviːn/) is a magnesium iron silicate with the chemical formula (Mg2+, Fe2+)2SiO4. It is a type of nesosilicate or orthosilicate. 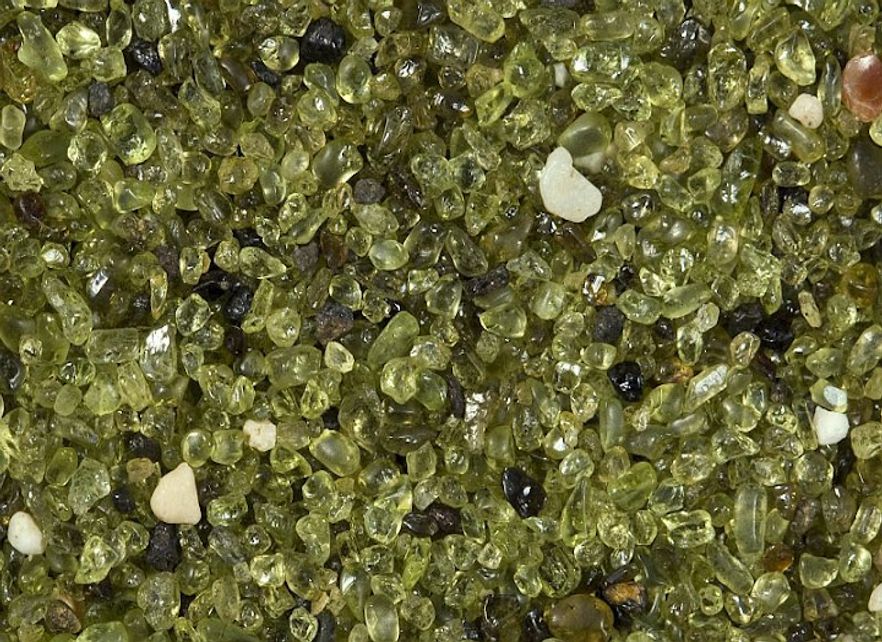 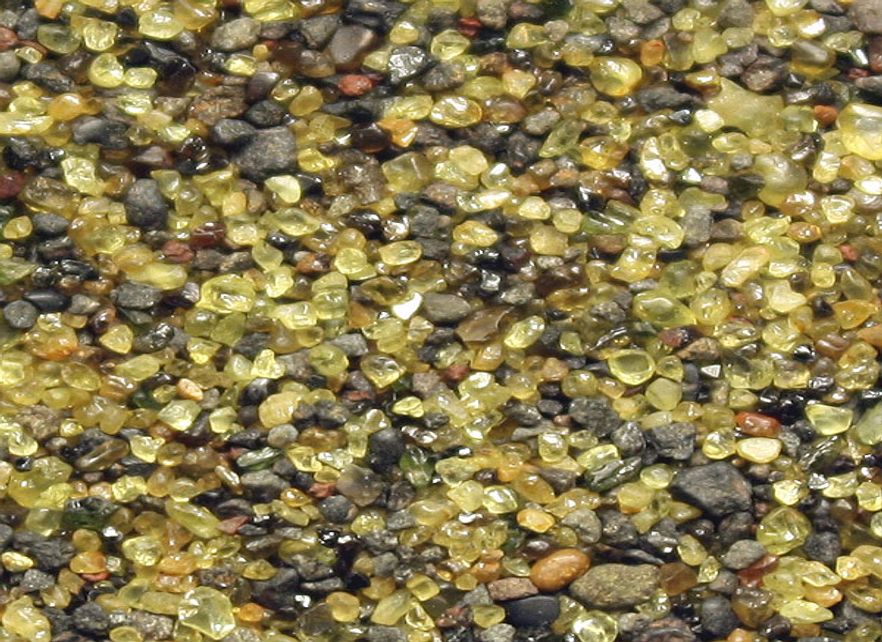 The mineral olivine (/ˈɒl.ɪˌviːn/) is a magnesium iron silicate with the chemical formula (Mg2+, Fe2+)2SiO4. It is a type of nesosilicate or orthosilicate. The primary component of the Earth’s upper mantle,[9] it is a common mineral in Earth’s subsurface, but weathers quickly on the surface. For this reason, olivine has been proposed as a good candidate for accelerated weathering to sequester carbon dioxide from the Earth’s oceans and atmosphere, as part of climate change mitigation. Olivine also has many other historical uses, such as the gemstone peridot (or chrysolite), as well as industrial applications like metalworking processes.

Olivine in cross-polarized light The ratio of magnesium to iron varies between the two endmembers of the solid solution series: forsterite (Mg-endmember: Mg2SiO4) and fayalite (Fe-endmember: Fe2SiO4). Compositions of olivine are commonly expressed as molar percentages of forsterite (Fo) and fayalite (Fa) (e.g., Fo70Fa30). Forsterite’s melting temperature is unusually high at atmospheric pressure, almost 1,900 °C (3,450 °F), while fayalite’s is much lower – about 1,200 °C (2,190 °F). Melting temperature varies smoothly between the two endmembers, as do other properties. Olivine incorporates only minor amounts of elements other than oxygen (O), silicon (Si), magnesium (Mg) and iron (Fe). Manganese (Mn) and nickel (Ni) commonly are the additional elements present in highest concentrations.