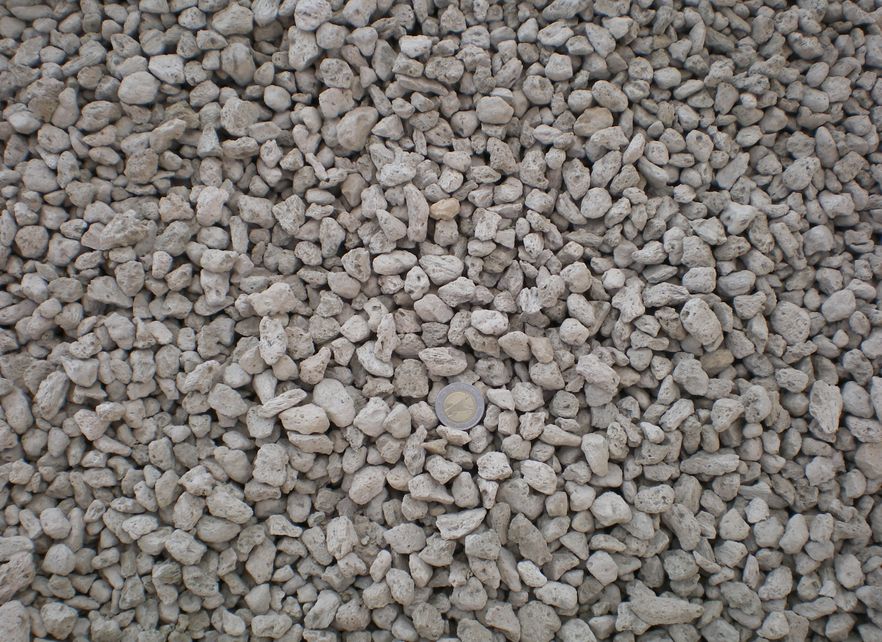 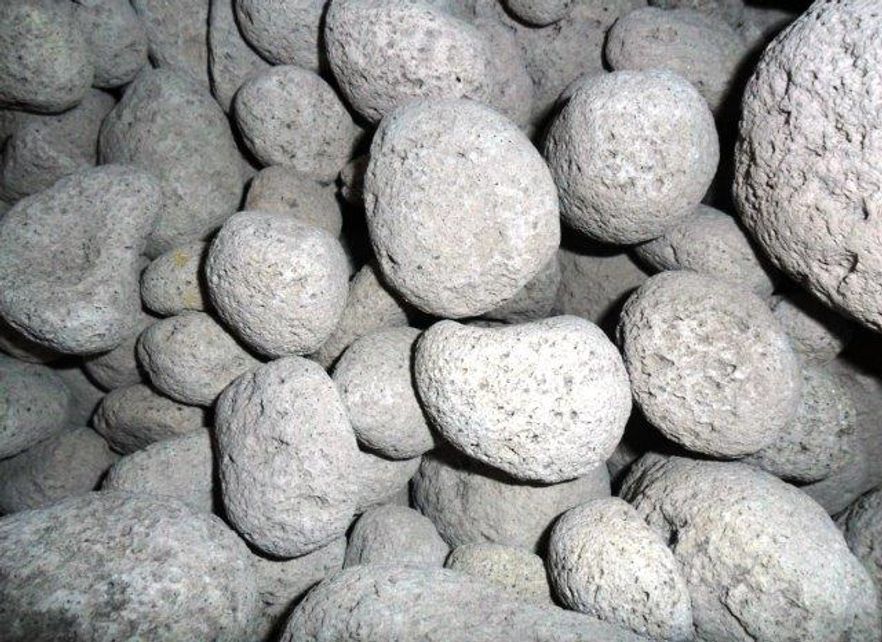 Pumice is composed of highly microvesicular glass pyroclastic with very thin, translucent bubble walls of extrusive igneous rock. It is commonly but not exclusively of silicic or felsic to intermediate in composition (e.g., rhyolitic, dacitic, andesite, pantellerite, phonolite, trachyte), but basaltic and other compositions are known. Pumice is commonly pale in color, ranging from white, cream, blue or grey, to green-brown or black. It forms when volcanic gases exsolving from viscous magma form bubbles that remain within the viscous magma as it cools to glass. Pumice is a common product of explosive eruptions (plinian and ignimbrite-forming) and commonly forms zones in upper parts of silicic lavas. Pumice has a porosity of 64–85% by volume and it floats on water, possibly for years, until it eventually becomes waterlogged and sinks.

Scoria differs from pumice in being denser. With larger vesicles and thicker vesicle walls, scoria sinks rapidly. The difference is the result of the lower viscosity of the magma that forms scoria. When larger amounts of gas are present, the result is a finer-grained variety of pumice known as pumicite. Pumicite consists of particles less than 4mm in size.Pumice is considered a volcanic glass because it has no crystal structure. Pumice varies in density according to the thickness of the solid material between the bubbles; many samples float in water. After the explosion of Krakatoa, rafts of pumice drifted through the Indian Ocean for up to 20 years, with tree trunks floating among them. In fact, pumice rafts disperse and support several marine species.[9] In 1979, 1984 and 2006, underwater volcanic eruptions near Tonga created large pumice rafts that floated hundreds of kilometres to Fiji.

There are two main forms of vesicles. Most pumice contains tubular microvesicles that can impart a silky or fibrous fabric. The elongation of the microvesicles occurs due to ductile elongation in the volcanic conduit or, in the case of pumiceous lavas, during flow. The other form of vesicles are subspherical to spherical and result from high vapor pressure during an eruption.